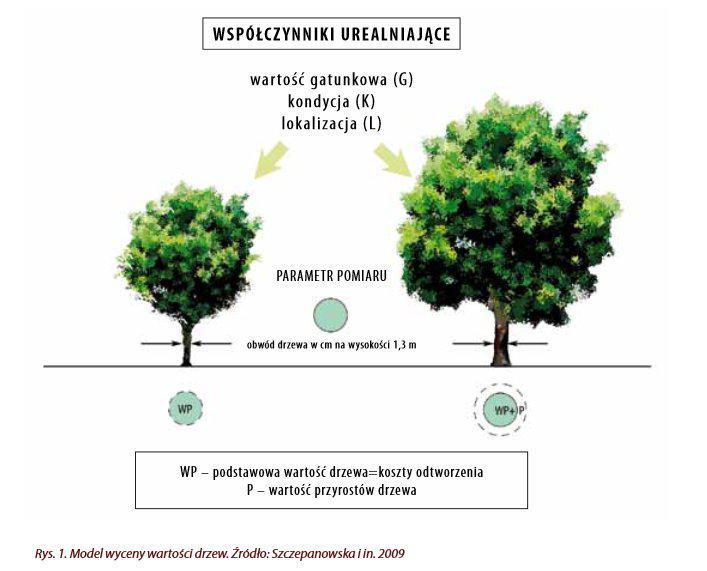 Tree management – a way for safe and healthy trees

Tree management systems operate efficiently in many cities. The basis is the inventory, which is usually done in stages. An example of one of the many European cities that manage the tree stand is Hamburg. A database of trees (Baumkataster) was created there, and at the turn of the 1980s and 1990s, a program for caring for street trees was developed and tested, assessing their statics.

At the first stage, 1,000 trees were surveyed within the pilot program, in 1995 the city authorities planned to inventorise around 220,000 street trees, and then – until 1998 – the remaining ones.

The protection program uses the tree control standard (Baumkontrolle), which is widespread in Germany. Trees are controlled at set intervals, for example, mature trees along high intensity roads – every year, on roads with low traffic, every two years, and in the case of young trees – every two and three years respectively. All heavily damaged trees are inspected every year.

The management of the tree stand was also introduced in Turin. As a basis, a visual method of assessing tree statics (Visual Tree Assessment – VTA) was used. The city prides itself on having 60,000 city trees and 100,000 in parks and gardens. Since the 1980s, the health status of urban greenery has been checked periodically. About 45,000 trees are assessed annually. Turin uses the VTA method adapted to the needs of the city – a tree stability control program was introduced there. On this basis, long-term care, cutting and planting programs are created.

In the years 2001-2004, 11,000 trees were assessed – each street was checked once or twice. The next stage was a review made in 2005-2007. At that time, the database was enriched with another 45,000 trees – each of them was inspected once a year for three years. In the case of streets of lesser importance, the trees were examined only visually, without the use of specialized equipment.

Following the monitoring, treatments were carried out on trees with the most serious problems. Thanks to this, in the following years, there were fewer incidents related to them. The number of problem trees has been systematically decreasing, and in 2005 only one per cent showed serious structural problems.

The applied system enabled planned management of stands and problem solving, starting with the most urgent ones. The long-term plan of inspection and care has also reduced cases of unjustified clipping due to emotional approach or other wrong reasons. It should be noted that Turin in 1998 adopted a long-term tree management program of street trees and historical parks.

Support for our Project LIFE15GIE/PL/000959 „Trees for Europe’s Green Infrastructure” is first and foremost assured by the EU’s LIFE Programme, as well as the Voivodeship Funds for Environmental Protection and Water Management in Wrocław, Gdańsk and Poznań (Poland); Stefan Batory Foundation, the United Kingdom’s Charities Aid Foundation; and the Norddeutsche Stiftung für Umwelt und Entwicklung based in Mecklenburg-Vorpommern, Germany. The Project is also funded by donations from individuals and institutions, as well as from the Project partners’ own means.